I said to the wanting creature inside me, what is this river you want to cross?

On the other side of the water, the eagles stand, close enough to see but not close enough to get a good shot with my crappy android phone camera. I silently will them to dive toward me as they have before, perhaps attracted by my blush coat or bright red mittens. At least if I got closer I could get them flying.

I take a step.

They don’t move, and the Nehalem River stops me. It’s shallow enough to cross, I think, if I wanted to slosh through it, braving the deeper part where I can’t see my feet, knowing I might full well brush my toes against the Dungeness crabs which dwell down in the darkness. I know they are there because in the spring they sometimes come up to see what I am, this looming figure standing so tall by the water’s edge. 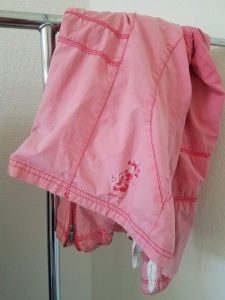 Probably attracted by the color of the coat.

The blush coat, which is actually a sort of salmon color which some people wrongly call “pink”, is old and necessary, stained and worn. No doubt it should be replaced. Occasionally the forces which war within me listen to the “shoulds” and I go shopping. But I never seem to hit the department store at the right time of year or if I do, I never find a new one that I like. Besides, none of the coats on the stands have sleeves which are not long enough for my coltish arms.

And my arms now are not long enough to reach the eagles.

What is it I want?

I want the familiar and I want something new. I want to be alone and yet with people, I want to be wild and disciplined, silent and boisterous. I want to eat and drink, and yet I want to be sober and fast from all pleasurable foods. And so, with such conflicting urges, I punish myself over all of it. I torture myself inside. And sometimes–God forbid–I ask other people’s opinions of what I should do.  What is it I want? 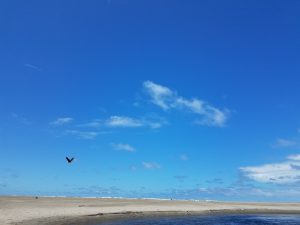 I want to fly with the American Eagles.

And I want to sit down and have comfort food.

Sometimes when I am working on a piece of writing or if I am acting in a scene, my teachers and peers ask me, “What does your character want?” Usually, they mean something small and active, playable, reachable, tangible, solid. Often it’s something noble-sounding like “flying with the eagles”, but sometimes it’s something pedestrian and personal like pastry. But I tend to think in abstracts. Most of the time I want my characters to be understood, to reach for their freedom, to be treated with justice, to be seen with respect. But do these things make story? Are they even real? Is wanting pastry lofty enough?

Could wanting carbohydrates be a super-objective?

Suppose the main character–one starving in a tragedy or trying to be disciplined about food in a comedy–gets the pastry. After that will there be punishment? Self recrimination? Community ostracism? Does this type of character worry about the warnings we get about too much sugar or does she just take other people’s criticisms in stride?  Does she ignore the voices around her which say she’s a wheat-honey-oil sinner or does she repent? And is the punishment within rather than without? 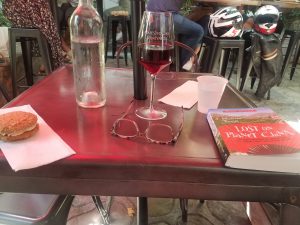 If she can ignore the community, there is no conflict. If she has self acceptance, the story is over. We must have conflict to have story. And a story people want to see and read. So often I want to write a story I can’t imagine anyone wants to read. A kind of anti story.

My character wants to fly with the eagles. What does that even mean?

So which river do I want to cross?

I want to let go of it all and fly with the eagles.

And I want to go home and have my pastry. 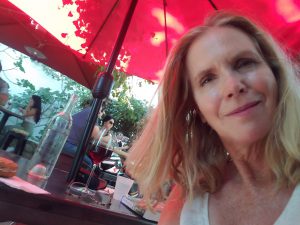 P.S. After I wrote the above post, I encountered an article by a clinician whose focus is on the conflicting forces within us. He wrote a post for Psychology Today called “What’s the Point?” in which he argues there is no one point, but rather there are many points. The universe scientifically is, after all, made up of many points. I like this idea very much: https://www.psychologytoday.com/za/blog/in-control/201411/what-s-the-point

This entry was posted in All, Writing and tagged joy, Oregon. Bookmark the permalink.