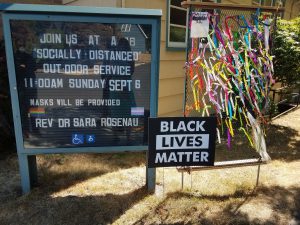 My church last fall. An open, affirming place which is of tremendous service.

To be a success at anything in life seems to mean to be of service to others.

This doesn’t mean the service is always acknowledged. That’s not the point. Sometimes it happens, yes. But if the wanting for success outweighs the desire to be of service it is easy to stop servicing.

Sometimes the practice of writing is self servicing and joyous. There isn’t anything wrong with that…it creates sanity in the midst of chaos. An imaginary world of friends amidst chaos. In lonely times. After all, we are often lonely, whether or not we are with people. People cannot solve our loneliness. There have been many times where I longed for company, looked forward to it, sought it, got it, and after an hour or a day, couldn’t wait to leave the person. Once back home again, I then treasured my solitude. My ability to build a story by myself of a self who was not alone. All the while, happy I was alone. With my imaginary characters. Until the longing for company arrived again. 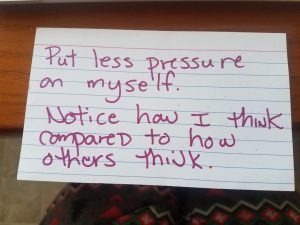 I am coming to the point in my solitude during this pandemic, where I am aware of my quick judgements over whether I am loved, whether or not someone is trying to scam me and whether or not I truly love. I often ask myself what love is in a world that is clearly set up to be transactional. Even I long to give back when someone does me a favor so I don’t feel like a taker. But that only makes me feel like I’m not a taker, right? It doesn’t mean other people don’t see me that way. I may feel I’ve made a brilliant point with someone, but that doesn’t mean they aren’t sitting at home after I left, thinking that I’m a fool. (“What a stupid thing Katie said,” I’m imagining now.) We never really know what people are thinking, what fantasies they have about us, whether or not they think about us at all. Sometimes the ones who do think about us are the worrisome ones. The obsessed ones, the ones that want something.

Like we do. Because we all want something, right? Lots of somethings. 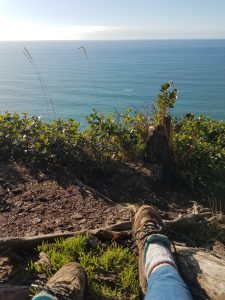 A cliff after a lone winter’s hike.

In a world where it is getting scarier and scarier to make a mistake, even if you’re a liberal in a liberal crowd or a conservative in a conservative crowd, sometimes you want to lie low and say nothing. Write nothing. Hide. But there is no hiding, is there? People will seek you out or be offended even if offense is not intended. Even if you said nothing at all people will misquote you and make things up about you. Spread stories. Misperceptions and lies. That can destroy you. Your faith in them. Yourself. And sometimes that can wreck your career.

I read an article today about an actress I’m not familiar with who lost her job over some things she said on social media. My guess is she said them because the crowd she hangs out with in her private life says them too and she felt safe challenging others with her statements. She probably felt like she was doing something honest and good. Warning people. Helping people who will not see the truth. From what I can see, there was no evil intent, but her remarks were fatal. To her. I did not get to see the exact quote (which had been deleted) but what I did read wasn’t far from what I’ve seen people say before. Yes, it was extreme and an inexact analogy, but I did not understand why she would lose her job over it. It seems to me that it’s not your employer’s business what you say on social media. 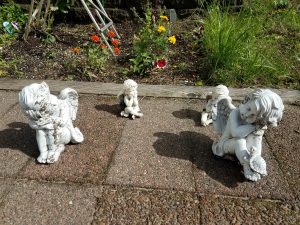 After some digging in trying to figure out what her politics were, I realized they were on the wrong side of what her employer’s were. But is that all there was to it? My go to when I hear a story like this is to look at a person’s race or sex when they are fired. Other powerful women and men of color in the entertainment industry have lost their jobs as performers because they said something unfortunate. This doesn’t mean their statements weren’t offensive.  But I feel under the surface the reason people like that are fired is because it’s an excuse to bring them down. You really have to toe the line if you are a woman or a person of color who is right wing in a left wing environment. Or left wing in a right wing environment. You can also lose out if you are any wing at all if someone in that wing decides to label you not right or left enough to suit them.

Me practicing a scene for Zoom acting class.

This is discouraging in a world that tells you to “be yourself”. As a writer who is told to “write the truth” I ask myself, “How can I?” if it’s so easy to be brought down. I guess I’m writing about cancel culture, but that has been around a long time. Now it’s just harder to hide who you are if you say anything at all. We live in a land of critics these days, not supporters, not forgivers, and it all feels like it’s about nil what you can say. To anyone. At any time.  Apologies and explanations and retractions used to be enough if your employee made a mistake.  Or were they? Either way, it seems to me people are only fired when you want to fire them. After, all, you don’t have to. 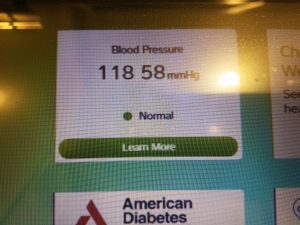 My blood pressure back to normal after a stressful month.

How does one “find their audience” in a world like this? A place only looking for certain stories at certain times? The sad answer seems to be to try to get everyone who can to like you, but that’s not authentic either. One false move, one wrong word and it’s over. If the vocabulary we are supposed to use changes from day to day for some people, it is impossible to keep up even if you are trying hard to please them.

And I do want to please people. I always have. But the hope is that my actual self will be pleasing in some genuine way. Ostracism and popularity contests have always been around and I guess it’s true that you have to find your niche, but what if there is no niche for you?

Then we’re back to loneliness again, I guess. And that’s okay. It has to be okay. Because in the end, we are just with ourselves, not matter who’s around. The dream for company is after all, most often a dream of self reflection, of company who only has eyes for us, who acts the way  we want them to when we want them to. This explains the violence and nagging in families where people are fighting for control, to at least get their partners and children to act the way they want so they can pretend their partners and children want to act that way. 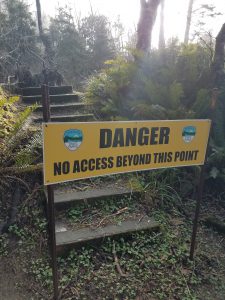 Washed out trail at Ecola Park.

That’s quite the imagination game isn’t it? Let’s shut everyone up so we can pretend they do not think what they think?

As for me, I’d rather be alone with the odd contact. And if I try to see the other person and listen (by this I am talking about friends and not strangers) and try to love them for who they are, horrible opinions and all, better things happen. How can we have room to change and grow if that’s not allowed? How can young people grow up at all if we confine them to a corset or an iron lung as they flex their muscles, try to draw breath and grow their bones? It’s a narrower and narrower world every day, whatever “side” you happen to be on. I see more and more why people leave social media. Why they shut up. Could we do this if we all lived in a village of 10 people? I guess then we would at least have one scapegoat.

Because we always have.

That’s the history lesson for the day.

This entry was posted in All, Oregon, Writing and tagged identity, writers. Bookmark the permalink.