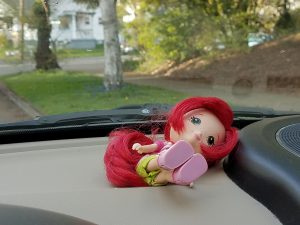 When I was a very young person, people told me over and over that I should only pursue the arts if I really loved them.

To me this felt like a command, a mandate, a pious edict from a pulpit. I was like the religious acolyte who is asked by the preacher, “Do you really believe? Do you believe enough!” On a deeper level, there was this odd dialogue I would have with myself: Believe what? How do you force your mind to believe? Time after time for years I would torture my brain about whether I was worthy of my calling. Oh, to be an actress! That was my heart’s desire. But did I love it? Did I love acting enough? If I did, would it marry me? Would we live happily ever after? And if I did, would I be successful? 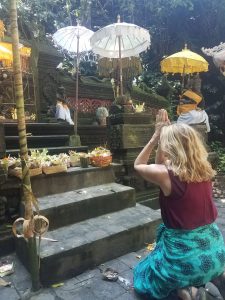 Paying my respects at a waterfall shrine on Bali in 2019

Or, if I were to remain celibate, would I become the High Priestess in the Church of Art?

Acting was just plain fun until I went to college where I ran into fierce competition for roles. I struggled but I was committed. Until I heard the voice of the college professor  who pronounced the edict again:  “Don’t do this unless you love it!”  It shook me to my shoes. How do I love it more? Even more? I don’t always love it, I thought. Should I tell them that? Will they kick me out? Will I be ostracized, shamed? My brain rambled. Is there a way to love Death of a Salesman? What I really want to do is be the lead in a John Travolta film. But what I’m supposed to bow down to is The Three Sisters. I loathed both plays. In secret, of course. Dare I confess my unbelief? Does that mean I was unworthy? That because of this I will not allowed by the Forces of my Calling to pursue my dream? At least I liked A Streetcar Named Desire. Would that get me far enough on the Pilgrim’s Progress to the Holy Shrine? Come on, Katie, try harder: Love, love! And if you don’t love it, hide it! What if the other proselytes see the truth? That I am a fraud and an apostate. That I like to watch reruns of I Dream of Jeannie. At least I Love Lucy is one of the shows that the High Priests agree breaks the mold, even though it may be noncanonical.

Was I worthy enough? 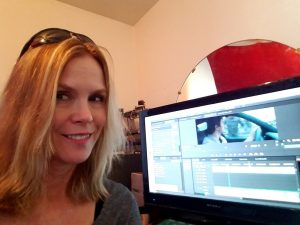 By the time I hit New York in my early twenties,  auditioning had become downright terrifying. The new town itself was frightening. It was huge and foreign and different from anything I had ever experienced . Despite my fears, I got auditions. I freelanced with agents. I got professional work my first year in New York. And still, I ran into acting class teachers and other professionals saying, “If there is anything you want to do more, then do it! Very few people make more than a few thousand dollars a year at this and most make nothing at all! You must love this profession!” And I would think about the hemorrhoid commercial I had auditioned for and the play I had gotten into which was a rap version of Romeo and Juliet. I would flay myself with the question:  Do I love this? Am I inherently flawed that I don’t?” My faith was at stake.

Was my very soul? 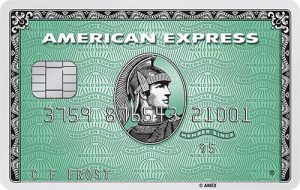 Most of the time, however, I wasn’t cast in things. I did temp office work to pay the rent. Luckily for me, I liked temping. But even in that, my faith was put into question one morning when I got an assignment to work at American Express. I felt complete confusion. To me, American Express was a credit card. As a young woman of 22 without one, I didn’t even know how a credit card worked. I thought I had misheard my agency. I headed downtown anyway on the #123 Red Line Subway trembling with doubt, all the while picturing a huge green credit card soaring upward into the sky from the bottom of Manhattan Island.

Believe! I told myself. 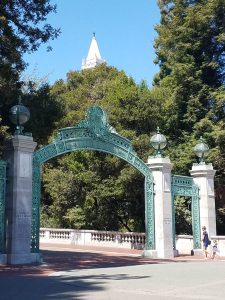 When I arrived, I found that sure enough,  there was no tall thin green building. No robotic credit card walked up to the glass doors of the building I approached to let me in either. And this definitely wasn’t the place where I was supposed to be.  American Express was not there.  None of the passing New York business people I spoke with were able to direct me to the entrance to its pearly gates. Shaking like a person who has woken up after death, not sure there was a heaven and discovering, yup, for sure, there isn’t one, I called the agency. As it turned out, I had the wrong address. Heaven must be real after all. If heaven is a credit card.

For most people, that’s the road to hell.

What I was to discover is that American Express in and of itself was not a credit card. At least, it was not a wily, free-floating piece of green plastic that finds its way into the mailboxes of gullible people with no help from human hands. It was a financial services center. While its offices were on the upper stories and lavish with panoramic views of the rivers on either side of the island of Manhattan, it was grey, not green. Fat, not thin. 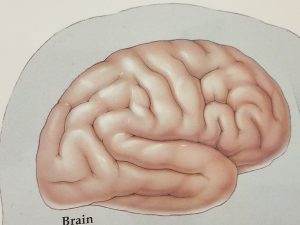 I have learned that I must not rely on what my brain likes to tell me or on my own limited experience when it comes to understanding the nature of reality. Nor can I rely on the words of those around me who have not done their own investigating.  I must do my own research. And I must expose myself to a variety of  conflicting sources. It’s the only way to know that history is real.  That it repeats itself. That there are actually different countries that exist which matter as much as ours and we are all globally connected. If we pull out one strand, the whole world unravels. This means we have to get outside our bubbles and seek the truth. What our brother told us yesterday is not true just because his opinions are loud.  Always look for evidence rather than relying on other people’s theories, beliefs or faith. Best of  all, go out in the world and experience reality firsthand.  Go to Vesey Street. There really is an American Express Center there.  And it has world-wide offices.

Also, the people who work there are very, very nice. 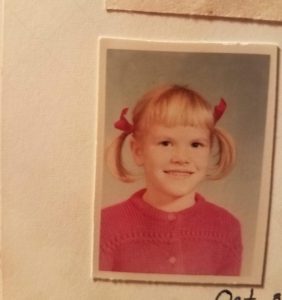 I grew up in a little town in Southern Oregon called Klamath Falls. There wasn’t much to do there so I read a lot and watched television. Occasionally my family would go to a concert that came through town or see a show at the community theatre. Despite this, I really did not have an understanding of what a career in the arts might look like. And the line between reality and fantasy always crisscrossed through my wild and temperamental imagination. As a little girl, I secretly made up an original Star Trek heroine  for myself who rescued Captain Kirk and Spock over and over while the two of them loved me in vain. On the show in my head, I had more screen time than all the men combined.  I also fell in love with Mel Brooks films. It was my greatest dream to play the snappy strong willed heroine in one of his movies. To perhaps portray the lady love of Marty Feldman. That was my definition of success. But was it reality? I think we all know the answer to that.

But do we? Marty’s not around anymore, but Mel Brooks is. So who knows? 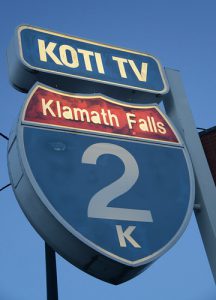 At a young age, I was a resourceful person. I started a little theatre of 9-11 year olds and wrote plays for them which we performed for our parents. Somehow the press got wind and I was interviewed on the local television station, who had me back on again at age 14 to play a Halloween Witch on The Mickey Mulligan Show. Mickey Mulligan was a clown in full makeup played by their television anchor. He swore a lot off screen and I’d seen him delivering the news before, so I didn’t think of him as a mythical creature or even really as an actor. He was someone you could run into on Main Street in front of J.C. Penny’s or catch eating fries at the Blue Ox Restaurant. He wasn’t William Shatner or Gene Wilder so it did not occur to me to be intimidated. On screen on live television, I accidently stuck my broom in the pie which his face was supposed to receive but we got through the whole thing without anybody breaking character. My high school drama teacher who had gotten me the job stood waiting in the wings. I didn’t realize it at the time, but this was my introduction to the professional world.

How was New York any different than Oregon? You still had to show up on time and recover from mistakes and listen to your directors and remember the coaching of your teachers. And like the anchor from KOTI-TV who did Saturday morning moonlighting as a clown, you still had to have a flexible day job. 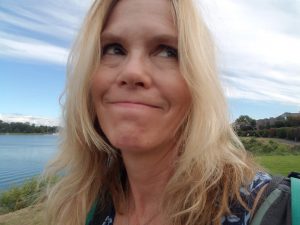 Many years later, I now understand what people were trying to tell me about what it means to love. Love is not magic. It’s not legalism. It doesn’t always lead to money. Love is free from all of that. “To love” acting or anything else means to revel in it for the sake of itself. It’s the opposite of pursuing the arts for the ego hit or the money or the desperate feeling of unworthiness which so often drives us to try to achieve status. We don’t have to make art into a religion and then weigh our faith and commitment by someone else’s imaginary standard. Even if that person claims to have the Divine Last Word on the Pantheon of Art.

We are none of us worthy or unworthy.