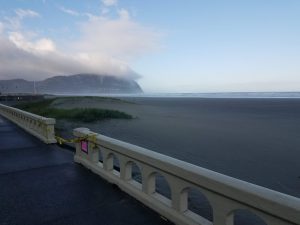 At the start of the pandemic, it was grey out, cold and raining.

My shelter in place when things closed down in March of 2020 became an oceanside town in Oregon where we locals were not allowed to walk on the beach for fear of drawing the big city Portland crowd. 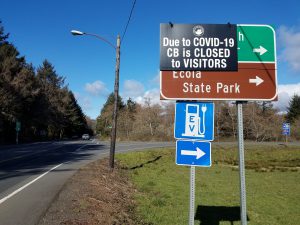 It made me mad that I was not allowed to do that, because I was now a new-made fulltime local against my will. Usually I rent out my house in summer and travel. To California. Indonesia. Illinois. Mexico.

At least those were some of the past and upcoming plans.

I began to fall into a pattern. Pull weeds, plant seeds, buy dirt. 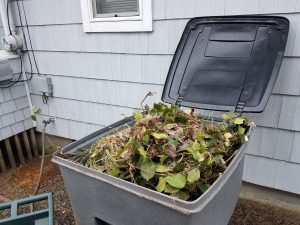 Walk, though not on the beach.

The biggest thing I discovered in my solitude is how much I’ve sought it out all along. Not that I don’t need “people” breaks; I do. But they are just that. Breaks.  Sometimes long ones, but I also need plenty of alone time. 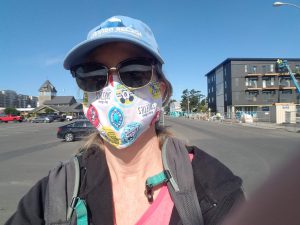 My world turned upside down.

Here’s another kind of break:

It’s the pattern I started to use for everything. 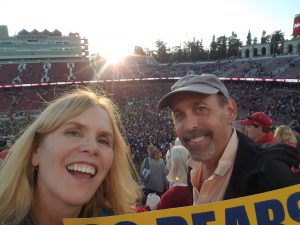 Break for 15 to rant at the wall at all the people in my life who have wronged me. Then stop. I only get 15 minutes to do that. But I get to do that.

All of this started with one of my online writing groups with Eric Witchy, a prolific award-winning novelist who lives in Salem. We meet on Zoom, write, take a fifteen minute break and write again. His system is based on science on the idea of flow. It works.

When I started using this technique, I got inspired, even in the midst of feeling traumatized and uninspired and sunshine deprived. In three weeks I finished a television pilot I’d been working on for three years. I wrote a screenplay in another four. 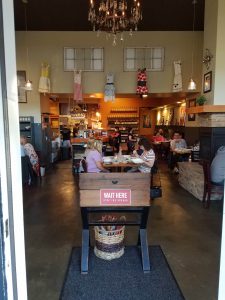 Tempting Italian restaurant. So beautiful. I stay outside.

Sometimes I go mad with the longing to travel, walk with someone without thinking about distancing or sit with someone in a restaurant with ambience and share a meal.

And write and write.

What matters is routine, not just in writing, but in everything. 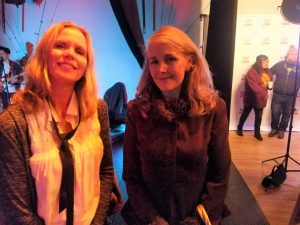 Plenty of people have said that over the years and I’ve resisted.  I’ve resisted because life isn’t just about routine. It’s also about breaking routine, about getting out of the comfort zone, or being pushed out of it, sometimes against a person’s will. That’s uncomfortable but it also makes one grow.  Weirdly, it is breaking routine and getting out of one’s comfort zone even to start a new routine.  A routine which then can become comfortable.

And then once more one has to break it. 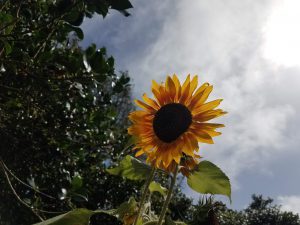 The fall results of my spring seeding.

Simply transitioning from one activity to the next means getting out of one’s comfort zone and into another. Even if those activities are part of the regular routine. The actual moment of transition can be quite uncomfortable itself.

It is usually at that moment when I want to call someone for company or eat a bar of chocolate. 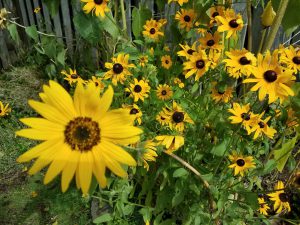 A Black-eyed fruition of my hard work.

Just as I’m getting comfortable writing, I have to break. Even if I’m in the zone. But that’s what makes me want to write again.

The uncomfortableness of always challenging comfort has become part of my comfort zone.

Some of the time. 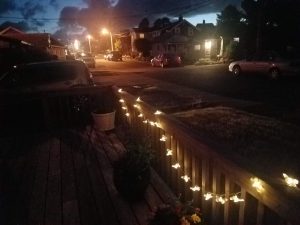 This entry was posted in All, Oregon, Writing and tagged all, Oregon, writers. Bookmark the permalink.