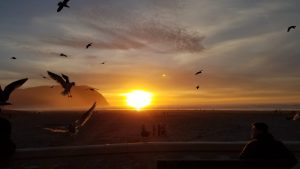 Looking toward the sun in Seaside, Oregon

As I rushed down the oceanside promenade, the blowing rain whipped my hair into my mouth. Despite my repeated efforts to push it back under my hood, it seemed to have a life of its own. The shirt under my coat felt rough. My right sock bunched up inside my rain boot. My whole body was buzzing.

Once at home, I threw off my coat but it twisted up in my armpits and I stumbled. I kicked off one boot and tripped over it, by now enraged. All of my clothing seemed to be conspiring to attack me. And I was so hungry I could not think. I reached into the refrigerator for my salad and took a bite.  The coldness of the lettuce hurt my teeth.  I changed into a softer shirt. It bugged me because the material kept getting caught in the dry skin on my fingertips. Lost in thought, I tripped over the other boot as I got myself out the door to give a talk in front of a large group of people. 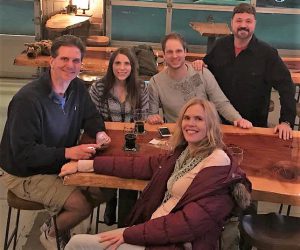 Though I spoke in what I thought was a reasonable tone of voice, only twenty percent of the people seemed to hear me.  The rest kept chatting with their friends. As I raised my voice to engage them, the whole group looked up in alarm. I now realized that I was too loud.  I fumbled to find a middle range acceptable to all.

Later, I went out to a restaurant with friends who were quite comfortable ordering their drinks in the echoey bar which to my dismay had no carpet on the floor to absorb the sound. It was also too dim and yet somehow too bright due to the all the overhead lighting. I was the only one who was cold. 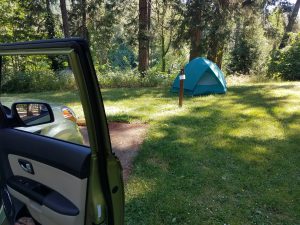 Just my tent, my car and me: Last summer in Myrtle Creek, Oregon

Recently I have discovered that I am what is known as a “highly sensitive person”. Everyone has met these people. Well-meaning people call us “over sensitive” and “easily irritated”. Mean-meaning people take delight in bullying us because our reactions are so extreme. When I was a little girl in school I remember crying all the time. Things were too harsh, too smelly, too hot, too cold, too light, too dark or too loud.  The sound of the toilet flush filled me with terror.

Highly sensitive people (HSPs) pick up on other people’s moods and are more aware of what is going on in the immediate environment.  Sometimes we lower our eyes to shut out the stimuli and as a result are labeled “shy”. We have to go off alone to get away from all the buzzing, wild activity around us, and so I did.  As a child, I read a lot and walked alone in the hills. I still do. We take longer to make decisions because we are deep thinkers. This ruminating drives other personality types crazy. It makes us more perfectionistic and often “touchy”. Yet the wonderful thing is as a result of this processing, we often see things that no one else can see. We are creative in new and unique ways. 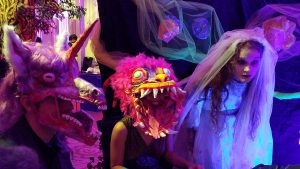 As actors, writers and artists, it is important to understand different personality types because they are “characters” in literature and on the stage. The word “persona” can be traced to the Latin and Greek as the word for a theatrical mask.  A fantastic study of a historical character who fits the bill as a highly sensitive person is Norman Josiffe in a mini-series with 10 nominations this awards season, A Very English Scandal on Amazon. He is portrayed by Ben Whishaw as a classic “HSP” who is taken advantage of by Jeremy Thorpe, played by Hugh Grant, who has a contrasting “warrior-king” personality. Interestingly, the story’s premise is that Ben is the one taking advantage of Jeremy. Yet Jeremy is a devious predator in a high position, while Ben retreats in a corner and cries all the time. Ben is accused of being a leech who can’t hold down a job. But that’s because Jeremy prevents him from getting a work visa. So Ben blackmails him. It was a fascinating comparison of two personality types and wonderfully funny. Neither character is particularly virtuous and yet I could not take my eyes away. 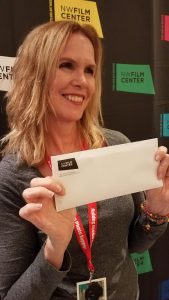 Twenty percent of the population has the personality trait of the HSP and many are artists. Being attracted to music and the arts is one of the traits which may be an indication. As artists, it is important to understand and accept ourselves whatever our personality traits, and use them for good and not for evil.

Unless we are creating a character in a mini-series.

Note: The “highly sensitive person” is a trait that began to be studied in earnest by the early 1990s by famed psychologist Dr. Elaine Aron. She has a test you can take if you like, which has 27 questions: (Click here)

This entry was posted in Acting, Oregon and tagged all, identity. Bookmark the permalink.