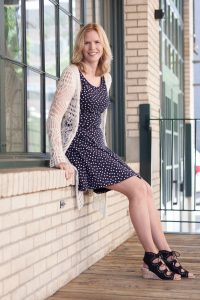 Photo by Deneb Catalan in PDX

I keep meeting people who are all about the no.

I used to be this way too.

Once upon a time I thought I would just live in one place and keep my old friends and stay in the same town and work at the same type of thing. Then everything and almost everyone in my life went south. The truth is, when that happens, we can take care of it or we can die in our own muck.

We are only going to live so long. Then why is it that when we don’t like our lives, we don’t want to keep trying?

Many people think that because they’ve done a lot of work in their early life, they shouldn’t have to repeat that work in the second half of life. They shouldn’t have to start over in marriages or make better friendships.  A lot of people say “it’s too late” once they are out of their 20s or 30s or 40s. They say “I’ll never learn a new language” or “I’ll never become a better driver” or “It’s too late to become a doctor”. (It actually isn’t. People in their 50s and 60s have done it.) 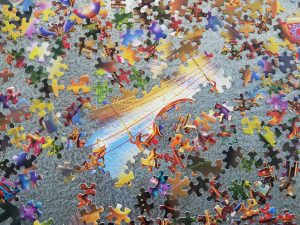 Putting it together…again and again.

For the sake of argument, let’s say it is rather late in life. What does that matter? We are not done with life until we die and that is going to happen when we are right smack dab in the middle of something we are doing. So why shouldn’t it be doing something we love?

The truth is, everything changes. All the time. Friends grow cold and new friends come. Jobs sour and housing situations fall apart. Long-term groups disband. Or they don’t. And that can be even worse. If you don’t keep doing the work of making your life an adventure, you can get stuck alone in your backyard until it turns into a decrepit back alley. (Of course alleyways can be interesting too. But most of us don’t want to live in them.)

A lot of people say the reason people don’t leave their mucky alley is because of fear.

I say it’s because it takes effort.

I don’t mean that one should throw caution to the wind and just walk out that door whenever you have a bad day, but do I say this: It is okay to leave a bad scene. You just have to have a plan. 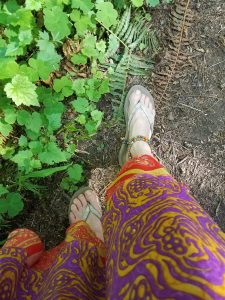 Tiptoeing through an Oregon forest

If you are careful and educate yourself, get support and lay the groundwork for new relationships (even if fruition is years out), you can slide out of one bad situation into a better one without a dramatic jolt.

One of the things I am trying these days when I feel stuck or anxious is not to think in terms of goals, but to think in terms of learning something. For example, one day I debated with myself whether it was more of a pain to return an item or keep it, because it meant a tedious drive, a difficult time parking and a conversation with a stranger.

As I worked to decide, I reasoned that I had the time, I wanted to see that part of the city anyway, and I would find out how hard it was to park if I ever wanted to go to that section of town again. I also knew I would meet someone.  After all, psychologists say that even if you have no friends or are having a lonely day, it can really boast your mood to simply talk to strangers.

They also say that going on an uncomfortable trip forges new synapses in our brains. 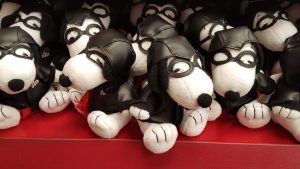 The Red Baron Never Gave Up…

Remember, the key to all of this is not to have a goal. A plan, yes, but not a goal. Every time I picture in my mind that things are going to go a certain way in life if I do A, B and C, I end up miserable. But if I think of life as a learning situation then I never lose.

By the way, I returned the item and it was a tedious drive. But I found parking, got my money back and saw a new part of the city. Plus the guy at the cashier was cute.

And who knows where that will lead?

This entry was posted in Self Identity and tagged all, joy. Bookmark the permalink.

1 Response to Goalie No More