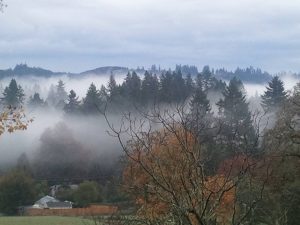 The view from my window in West Linn, Oregon

This year has been one of pain and emotional strife but on this night the year all seems to be telescoping in to this one moment in time.

Overnight, a mood can change.

A thought or good news can change it.

Exercise can, a return to health or just a good quote for the day.

Even a quirky element in a dream.

The other morning was like that. I woke up with a heavy heart from a dream in which somebody I love shunned me.  In it was one odd element that the person doesn’t have in life.

He had a green braided beard. 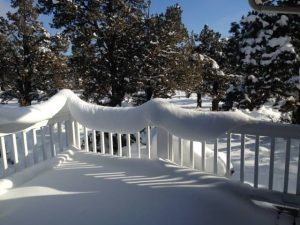 Dreams like that are no surprise. Much of my loss of confidence this year has been due to strife over the illness of my aging mother and the drama, emotions and finger pointing that have gone on in my family as to how to care for her.  Harsh words have been spoken and so far there have been no apologies.  It’s hard not to feel pulled to pieces when people want more from you than you feel you have to give.

How much is too much?

At this time of year people tend to think about giving and their thoughts often turn to people in need. Once of my nieces has had close dealings with the homeless community and she says the only way to help those people change is a one-on-one friendship. Sometimes even that doesn’t work. She told me a story about how she managed over time to befriend a homeless girl but that there came a day when she couldn’t be there when the girl wanted. That was that.  The homeless girl felt betrayed and left the friendship. My niece says people are great at providing clothes and blankets and meals and shelter in the winter cold but that won’t get the homeless out of their addictions or solve their mental illnesses.  Yet should we give up our whole lives to help one other person? Can we even do that?

How much is enough? 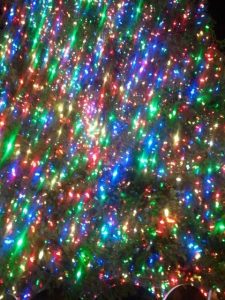 Hearing this story and thinking about my mom made me consider myself and how I interact with people. Sometimes I want too much from my friends and family and sometimes I want to give more of myself than they want me to give. The same thing works in the opposite direction. Sometimes people act as though they are trying to give me something and tell me I should be grateful but in reality those people are only trying to push me around.

What is true giving?

The morning of my dream was a planned day of leisure. I took a hike up a tree-lined road and I went to my favorite yoga class. I spent an hour talking to someone compassionate who told me I was worthy of love. Then I dressed to the nines and went to an afternoon Christmas party. It was a benefit for the Oregon Food Bank at Cast Iron, an agency which has cast many national films and shows.  I ate cookies and sang and played with the owners’ dogs.    In the evening, I went to my PDX Playwrights group and sat around a table to read and critique new plays. Afterward I went out for a hard cider with some of the playwrights including my friend Alan.  Alan had a stroke last year and I knew he’d had a hard time of it so I asked him how he was doing. He was a pianist and a composer who had lost the use of his left hand.

He looked at me like I was crazy.  “Why? Because of the stroke?” he asked. “No, no, don’t feel bad. I don’t. I have eight grandchildren and four lovely daughters-in-law and I don’t have to work anymore. I have worked with some of the best musicians in the world. I am lucky to live in America where everyone has enough—even the homeless have more than they would in other countries–and I have a new musical coming out next month. In fact it’s called Homeless. It’s about people less fortunate than we are. So no whining on the yacht.”

This expression was something I hadn’t heard before so I asked him to repeat it: 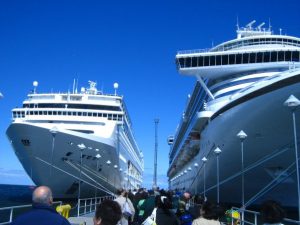 Crown Princess…and some other tiny boat. I was fortunate to cruise the Baltic on this ship in 2009

“No whining on the yacht.”

I thought about my day and how it would seem to someone else like such a great day and I thought about how much I didn’t enjoy it. My whole life I have always been a bit entrepreneurial and inventive enough to work a flexible schedule so that I can pursue a creative career. I don’t have the money some people have but I have frequently sacrificed that for time. I also have sacrificed having children and intimate connection because I so wanted my freedom.  Yet despite all my efforts to create the life I wanted, I found myself struggling.

Was I giving enough?

At the end of the day as I sit looking out at the cold dark frozen night, it occurs to me that the one gift I am giving the world is that I can take care of myself. I am not a burden to anyone yet and I am free to enjoy my life. It’s a life many other people would love to have and some day I may not have it.  There is a lot of talk about gratitude in this world and many admonitions against self pity but that was not the emotion I have been fighting. 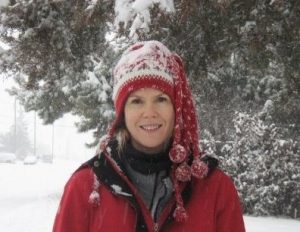 In my Estonia Christmas hat in Ontario, Oregon

It is so good to unbraid the twisted green thing that has been haunting me for so long.

May you exorcise all your demons too.

This entry was posted in Acting, Agents, Oregon, Self Identity and tagged all, depression. Bookmark the permalink.