You are Memorable: (On Agents: Part 2)

A Big Life: Encouragement for People in the Arts- 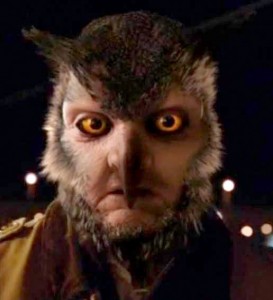 At the end of an endlessly lush and unusually sultry summer in Portland, I was catching up on NBC’s Grimm, our beloved—and locally shot–national television series.    Jeb Berrier is a wonderful actor I know…and there suddenly he was, playing a quirky mythical creature on the show.  Even though Jeb’s funny little role barely showed what he could do, congratulations were in order.  So I struck up a Facebook chat with him.  He wondered if I’d heard of any upcoming auditions,  and I had, of course.  I referred him to
a paying theatre gig, which he got, of course.  Lately I’m always networking.

Between jobs, sometimes Jeb wonders if people in the business are thinking about him.  But in my mind, there is no question that that is the case.  I’ve gotten a lot of mileage out of telling my New York story about Peter, the talent agent I talk about in my blog post “You are Memorable: (On Agents: Part 1)” (10/7/2013).  So, of course, I told that story to Jeb.

I have had Pete in the back of my head for many years. After I moved from New York I thought about him a lot, though I never spoke to him again.  Recently I tracked him down and sent him a note.  I wanted to thank him for his long ago belief in me, though I did not expect he would remember me–or even write me back.

But he did.  You know what he said?

“You’re not going to believe this, but I was just thinking about you.”

It had been seventeen years.

Pete said he had just been talking about his early days as an agent and telling someone the story of calling me when I booked that role on As The World Turns.  He said it gave him such satisfaction when I returned his call to pick up and say, “Hi Tiffany!”

There is nothing like a respected professional’s delight to lift your confidence.

All of this makes me think about the pleasure of giving.   We know it’s important to support the local warming shelter and to give to March of Dimes or Habitat for Humanity, especially at Christmas.  But I’d never thought about how enjoyable it must be for an agent to help an actor book a job. When I was just starting out as a young actress in New York, agents always seemed like such larger-than-life scary beings to me.    It didn’t occur to me that an agent is in the helping industry, like a nurse or a teacher.

It’s easy to see this when I think of the agent who currently represents me here in my native Pacific Northwest.  Stacie takes joy in constantly promoting non-profits, sponsoring benefits and helping others in our Oregon community. Her Syfy Channel reality show, Ghost Mine, dedicates part of the profits to a cancer research charity.  Stacie also gets pleasure when I book work.

There are other theatre and media professionals in Portland who are focused on doing good deeds. Lana Veenker, the casting director for Grimm, hosts a “Meals for Monologues” fundraiser every Christmas for the Oregon Food Bank. Ken Doswell, a Portland designer who hires models, works to raise cancer awareness and respect for women with his fashion line.  There are many others. 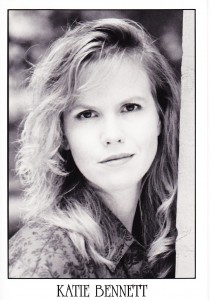 My headshot in the mid ’90s

A vision of someone in the helping industry is not the usual image we artists have in our minds when we think about agents or casting directors.  Worse, it’s easy not to think about them personally at all because we tend to get all worried and focused on ourselves and our careers.

So I’d like to say to this to all of you, especially to Stacie and Pete:

You are memorable too.

Please clink on this link for “You are Memorable: (On Agents: Part 1)“
This entry was posted in Acting, Grimm Stories, New York Stories and tagged agents, all. Bookmark the permalink.

4 Responses to You are Memorable: (On Agents: Part 2)