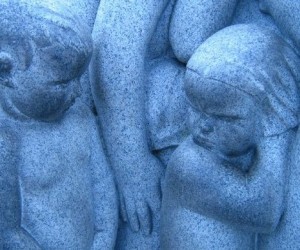 As someone on the fence extravert-introvert-wise, it seems to me that the entertainer who is an extravert has the advantage.  Oh, to be bubbly and outgoing and charming.  To be always fearless and naturally gregarious.

Most of my life up until I was thirty I was terrified of my own career.  I was a dreamer, but I was also one of those “rule-followers” who listened to what everyone had to say about what one “should” do about one’s career.  A lot of it boiled down to:

I’m going to take a leap here in quoting the legendary captain of Star Trek, William Shatner, and the evangelical rock star, Joyce Meyer, in the same breath, and tell you this:

Say yes to weird offers to volunteer to be the third assistant on a no-pay film or to a Craigslist offer to be in a commercial. Say yes to volunteering to be a character at a historic pioneer village or taking a low-paying stage hand job at a semi-professional theatre.  Agree to direct a staged reading.  Write a poem and read it on the radio.

Say yes to whatever comes your way—unless of course it is illegal or involves nudity.

Why? Why, when so much of this sounds third-rate?

Snobbery aside, I never met anyone sitting alone in my room.  (Oh dear, I’m quoting Cabaret.)  But I never met anybody when I went out of my room either.  For years, I used to pride myself on being independent because I went to the movies by myself.  Or the zoo.

Let me tell you, you will not meet people by going to the zoo.

As a professional in the entertainment industry it is tempting to say no to things you think aren’t a good “fit”. But you don’t know unless you get out there. And maybe you can help somebody else.  I can’t tell you how many times in my youth in New York I met some fellow model on the subway and got her work doing lingerie shoots with my print agent  (I wouldn’t do it) or steered a fellow actor toward an audition.  It’s fun to help actors and models and agents!  Sometimes they even help you.

Look where it got Joyce and Bill.

You never know where your career will go…unless you just say no.

This entry was posted in Self Identity and tagged all, status. Bookmark the permalink.